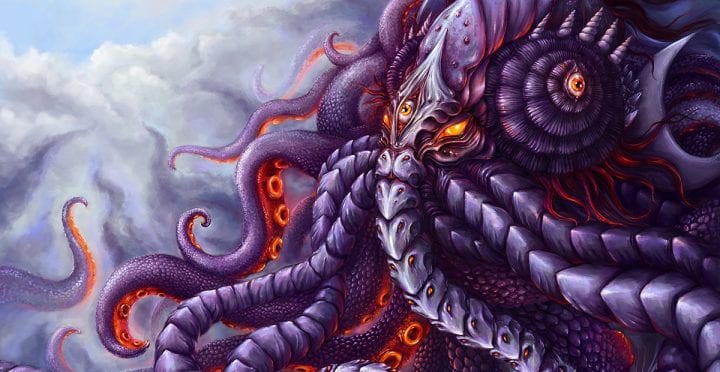 A few days ago, there was a rumor on reddit, that the new spring expansion would be tied to the old gods. The rumor was first spread by an italian website in a post on February 23rd:

Today, it came to public notice that the card carousel on the offical hearthstone site was changed to five very darkly themed cards: Cult Master, Dark Whispers, Faceless Manipulator, Mind Blast and Void Terror. Again, it is theorized on a post on reddit that all these card hint to the old gods.

In preparation to what might come, it may be a good idea to familiarize oneself with the history of the old gods. There is a three part video by nobbel87 on youtube about the lore of the titans and the old gods. For those who prefer reading, head over to WoWwiki’s lore article on the old gods.

The hype is on fellow hearthstoners. We are watching closely as the secrets around the upcoming expansion unravel…