Blizzard posted the official patch notes for Hearthstone today with the much-anticipated “Curse of Naxxramas” content. Following closely on the heels of the release, the complete notes are available below.

If you’re new to the adventure and need a refresher on what the new content has to offer, check out BlizzPro’s Naxxramas feed, including:

Curse of Naxxramas: A Hearthstone Adventure 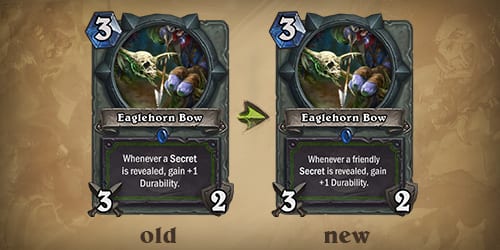