It is official, Hearthstone is now officially released for the iPad.

While it’s been available in other parts of the world for a bit over a week, North American players can now hit up the iTunes App Store and download the game. This release essentially spells the end of ever getting anything productive done in a place with Wi-Fi.

It’s time to let your fingers do the dueling—Hearthstone: Heroes of Warcraft has arrived on the Apple® iPad®! Now you can enjoy all of the game’s epic card-slinging and deck-building action on the go on these supported iPad devices: iPad Air™, iPad 4th generation, iPad 3rdgeneration, iPad 2, iPad mini™, and iPad mini with Retina® display. Duel a friend at home, at the airport, at work (we promise we won’t tell), or anywhere that you can connect to the Internet.

Never played Hearthstone? No problem! You’ll run through a few lighthearted introductory missions to get a feel for the basics of this fast-paced collectible card game, and then you’ll be ready to take on the world—hurling fireballs, swinging Fiery War Axes, and mixing it up with Leeroy Jenkins in no time!

Already playing Hearthstone on your PC? Your card collection and progress are shared across any device used to access your Hearthstone account, so any cards you’ve collected will be waiting for you when you launch Hearthstone from the iPad. 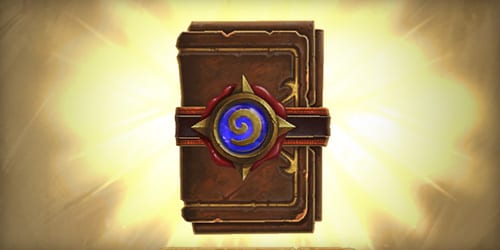 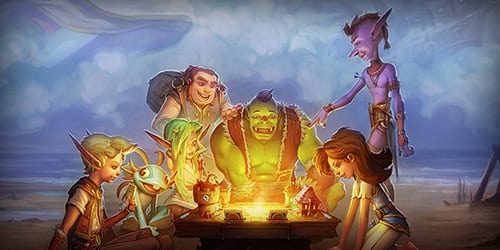 Celebrate the launch of Hearthstone on the iPad by sharing some pictures with the community on social media! We’ll be gathering up the best shots of players enjoying Hearthstone on iPad in their favorite gaming spots. Tag your pictures on Facebook or Twitter with #HSiPad, or send them over to zeriyah@blizzard.com. Keep an eye on our Facebookand Twitter page for updates, and see if your shots get shared!

Hearthstone requires an Internet connection to play. Getting started is quick and easy! Download Hearthstone now from the iTunes® App Store℠ and start building a deck of your own today!

The Hearthstone gods have also delivered this short YouTube video to coincide with the release of the game on the iPad. Enjoy!