For every product you see in the Gear Store there are five to ten ideas that you are not seeing. Walking through the offices of Blizzard Consumer Products is like walking through a giant toy store, except all of the toys are Blizzard related.

One thing you might not know about the Consumer Products team is that they were the folks responsible for the real-life Darkmoon Faire event that has become a Blizzcon staple.

Here are a few more interesting things we learned in the Blizzard Gear: Past, Present & Future panel:

The team consists of a little over 40 super talented people.

The team is working on another line of UNIQLO apparel to be released next year. They weren’t able to show any designs but they teased that some ideas that include a genetically modified hamster and a famous orange bird from World of Warcraft. 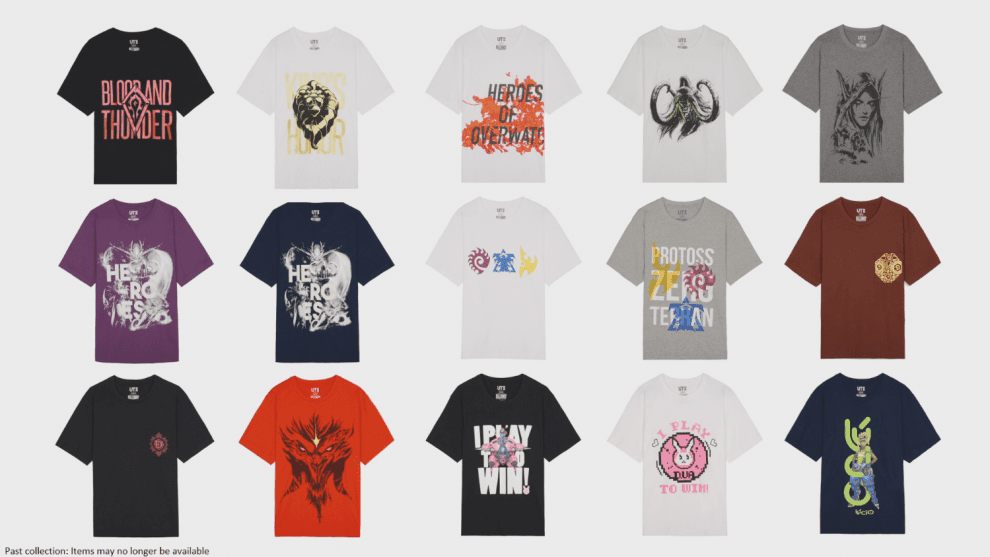 Blizzard is partnering with Her Universe to create a new female-focused collection of World of Warcraft inspired apparel, which is available now. 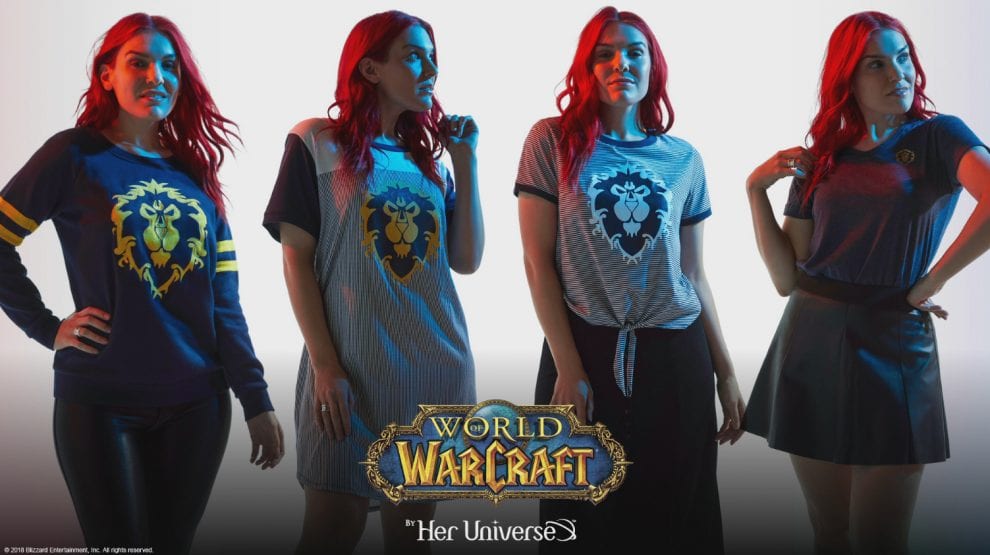 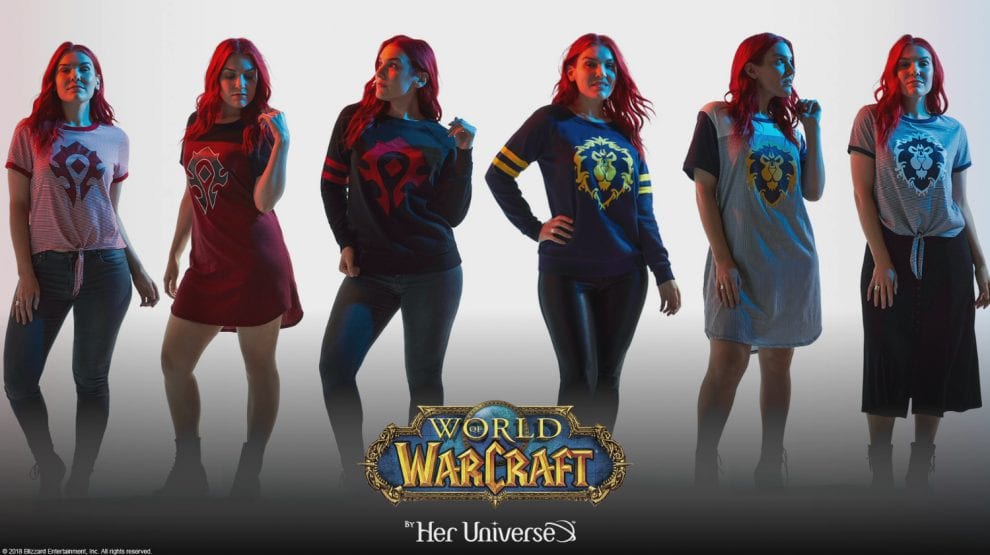 Her Universe is also releasing a collection of Overwatch inspired apparel, which will be available from Box Lunch and Hot Topic. This collection will also feature men’s apparel under the Our Universe label. 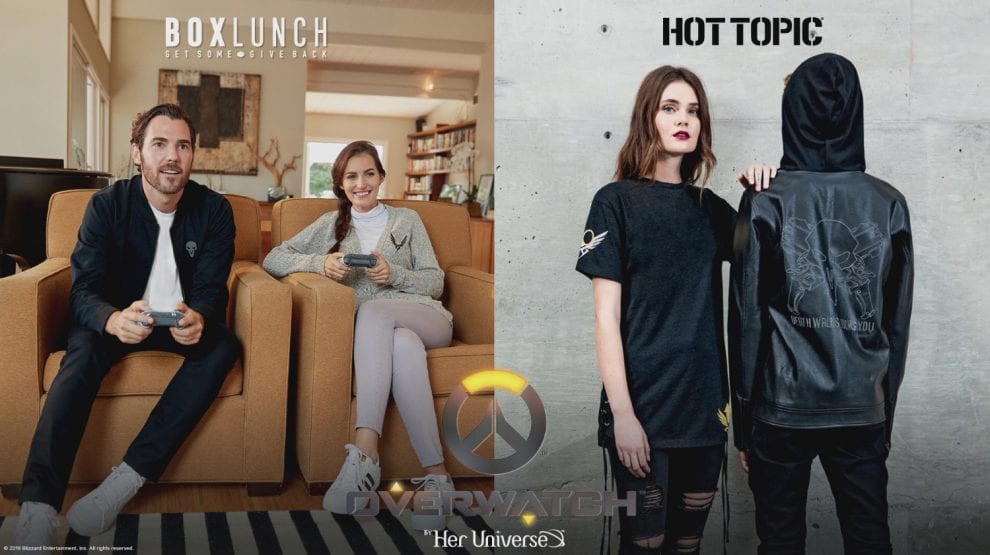 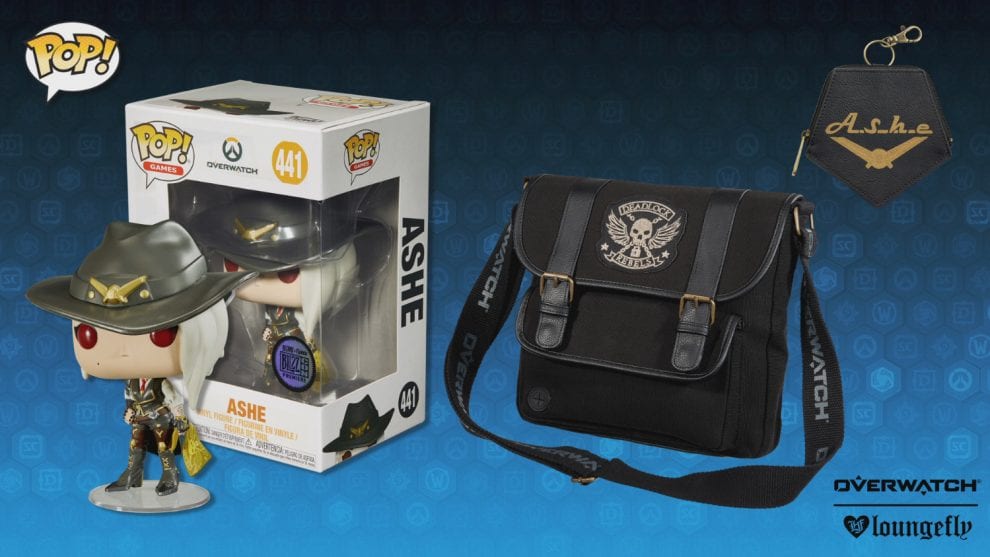 Hasbro is working on a line of Overwatch inspired action figures, which will be released in the spring of 2019. These six-inch figures will come with accessories. The Hasbro team played Overwatch at work to make sure they could capture the authenticity of the characters. 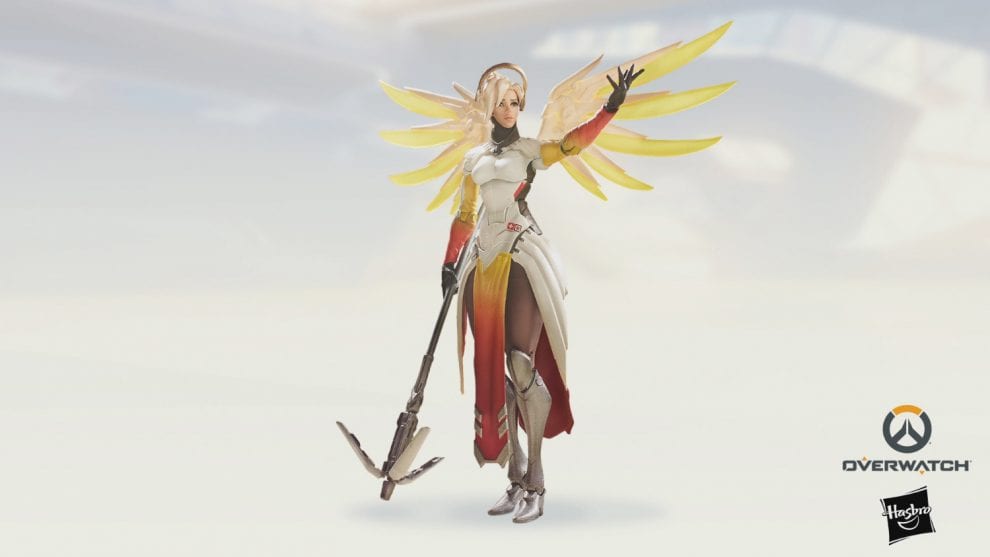 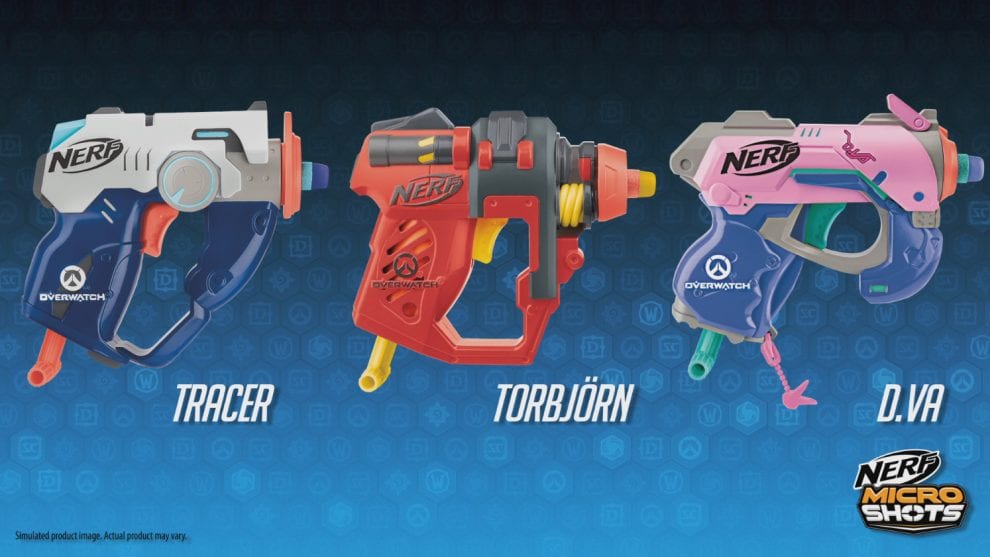 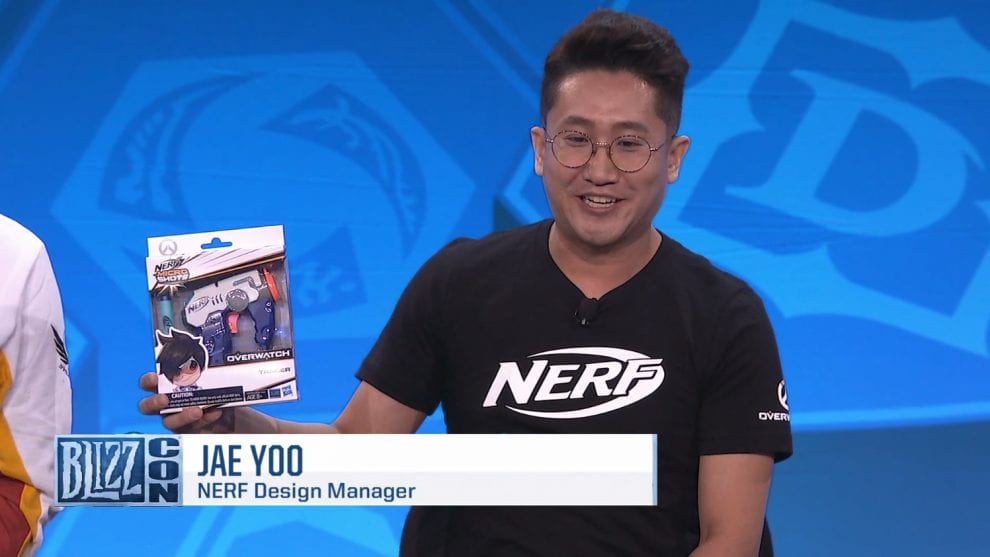 Nerf is also working on a line of full-size Overwatch blasters designed for an older demographic. This line is known as Rival and they shoot foam balls. 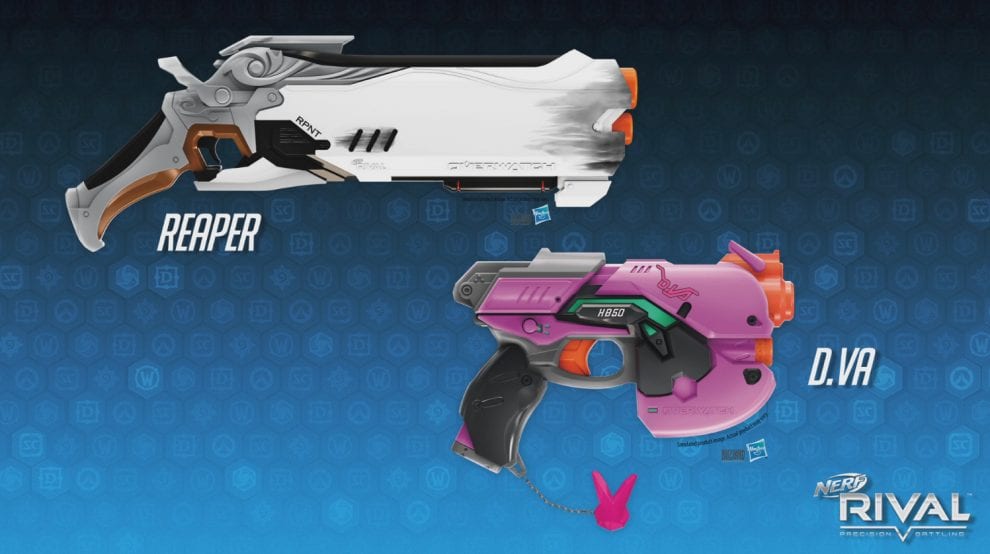 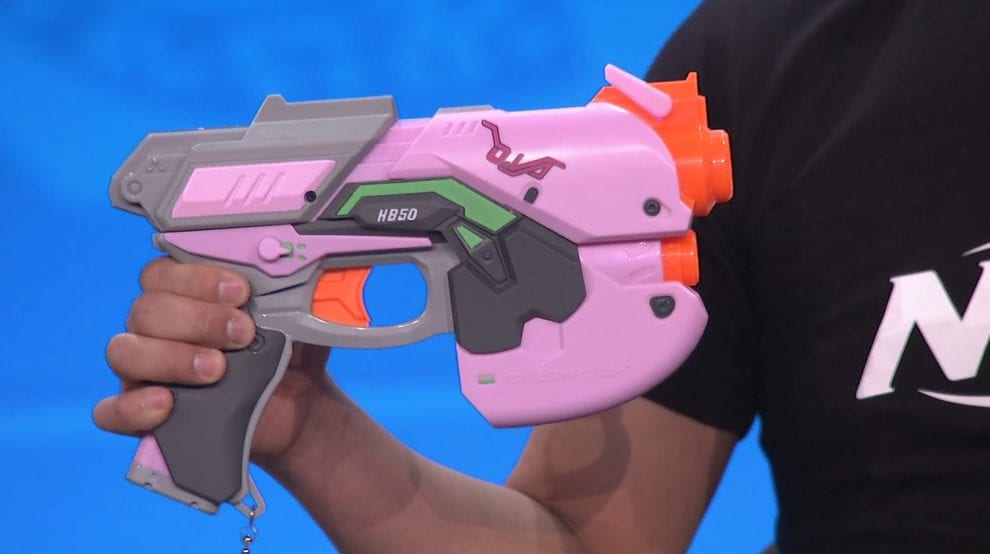 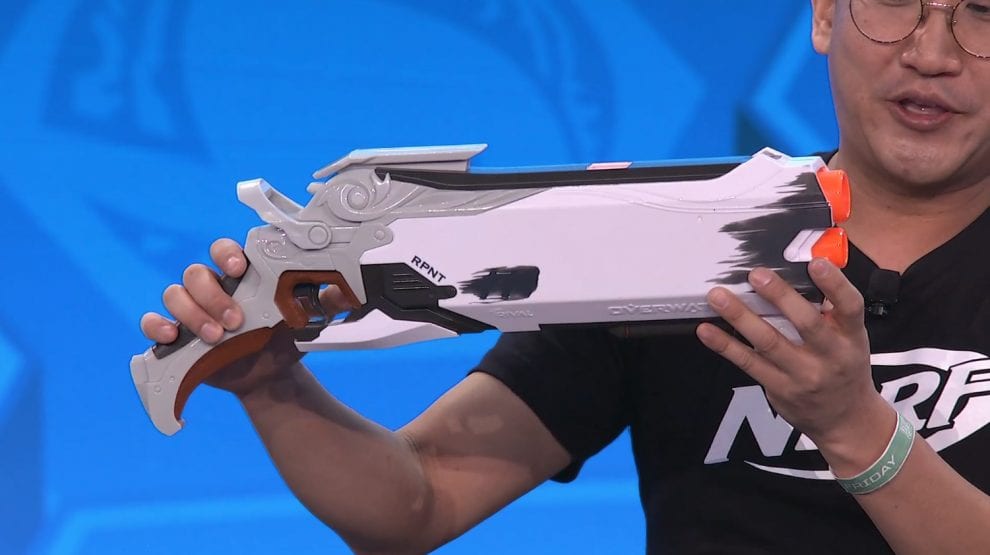 The Reaper Rival blaster comes in a two-pack includes a Reaper Mask. 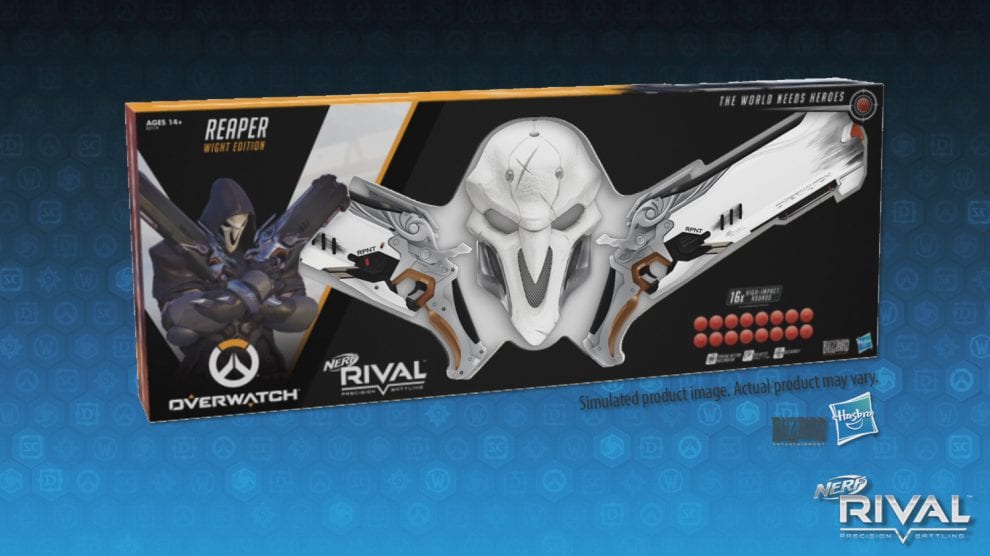 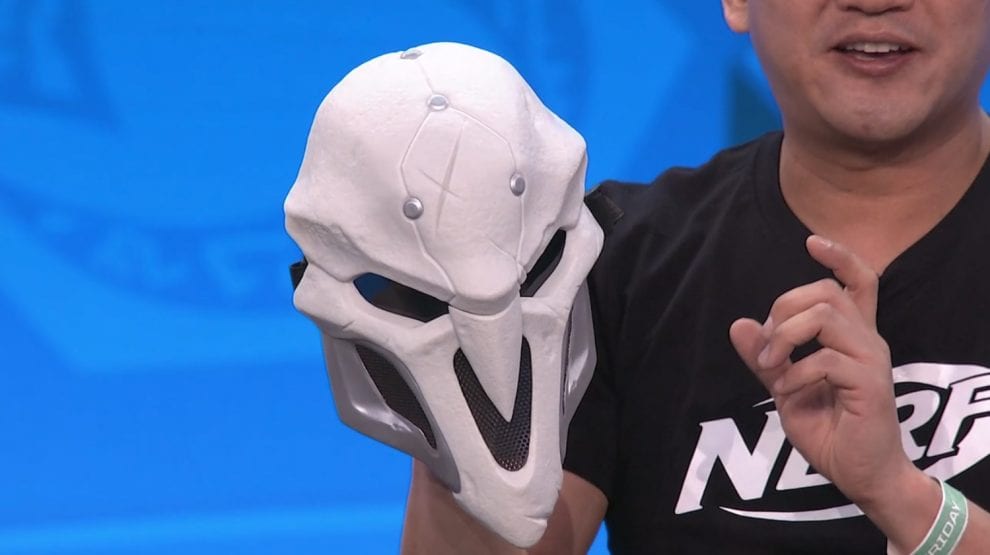 Also coming soon to the Rival line is a McCree Peacekeeper blaster, with a true revolver mechanism. 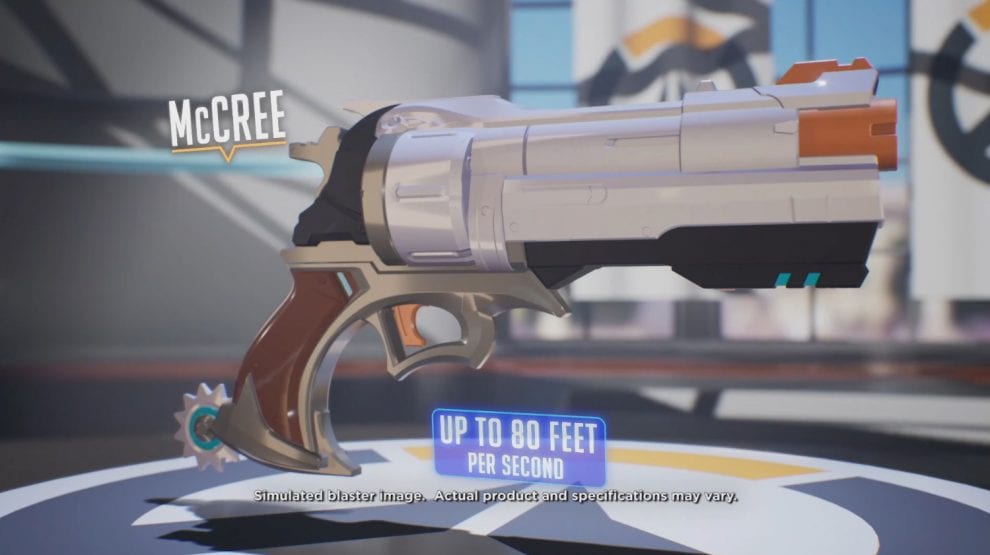 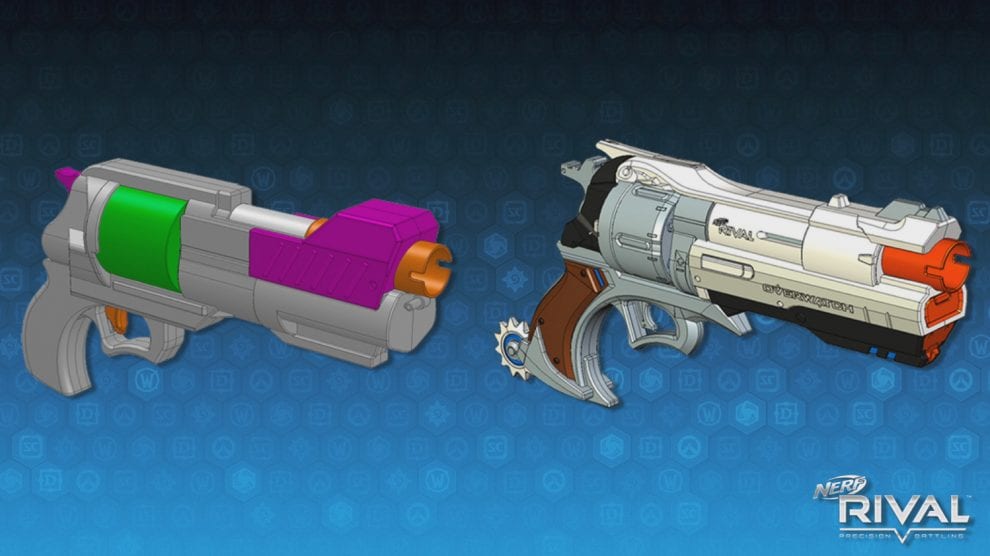 Both lines of Nerf Blasters are available for preorder now at Gamestop and will be released in 2018. 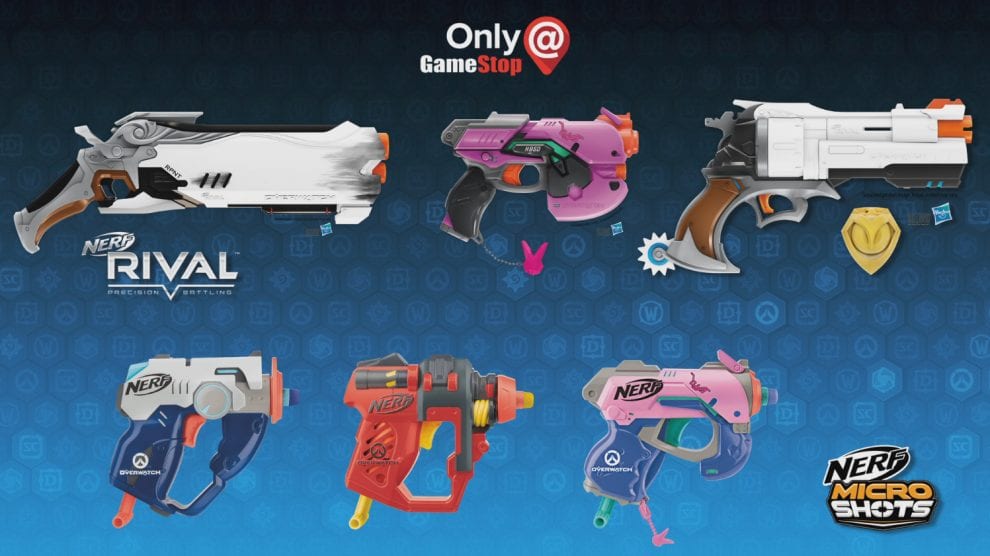 Overwatch and Lego have joined forces to create a new line of collectible. They had to design a whole new hair piece for the D.Va figure. 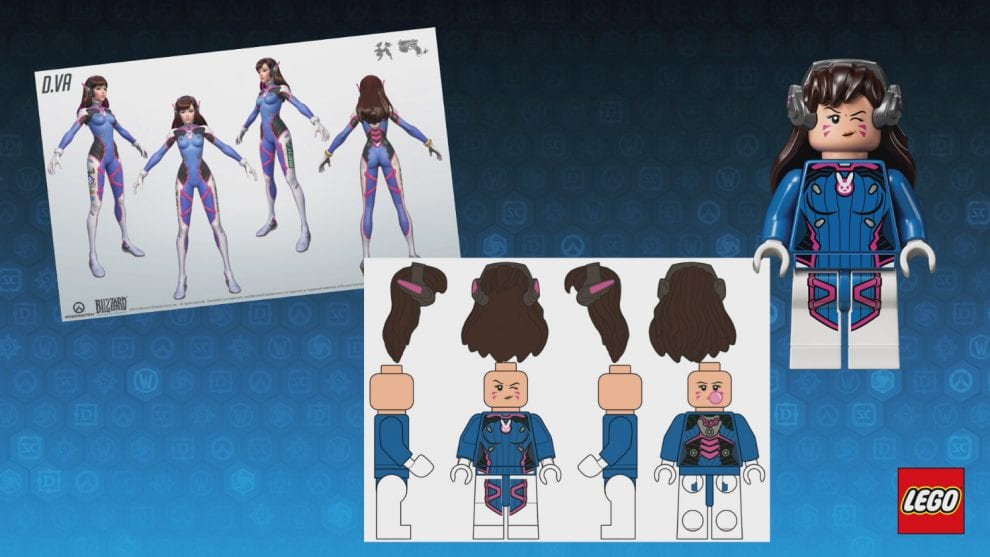 There is also a much larger version of Lego D.Va but that one is not for sale… 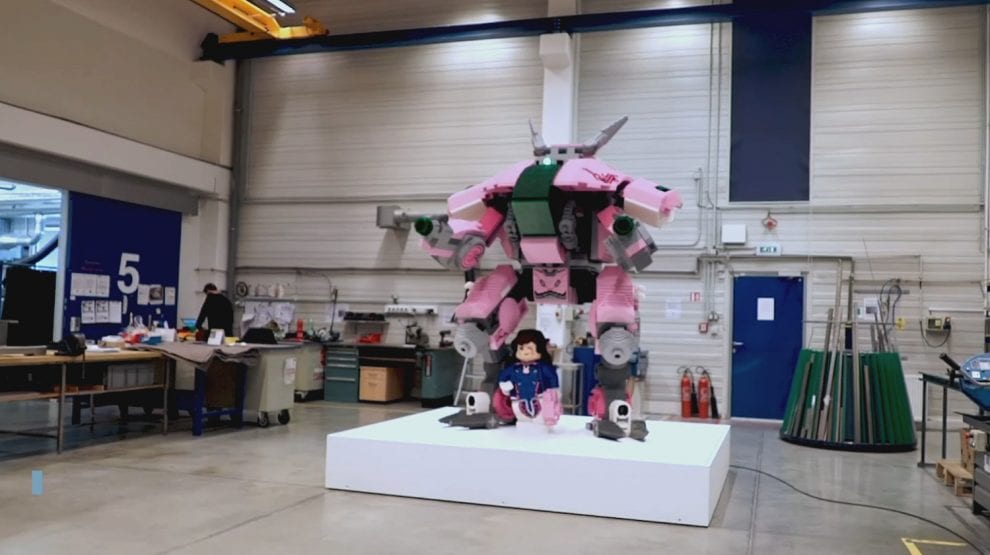 There are several sets available. Check them out below. These sets will be released in 2019 but you can preorder them now at the Lego website. 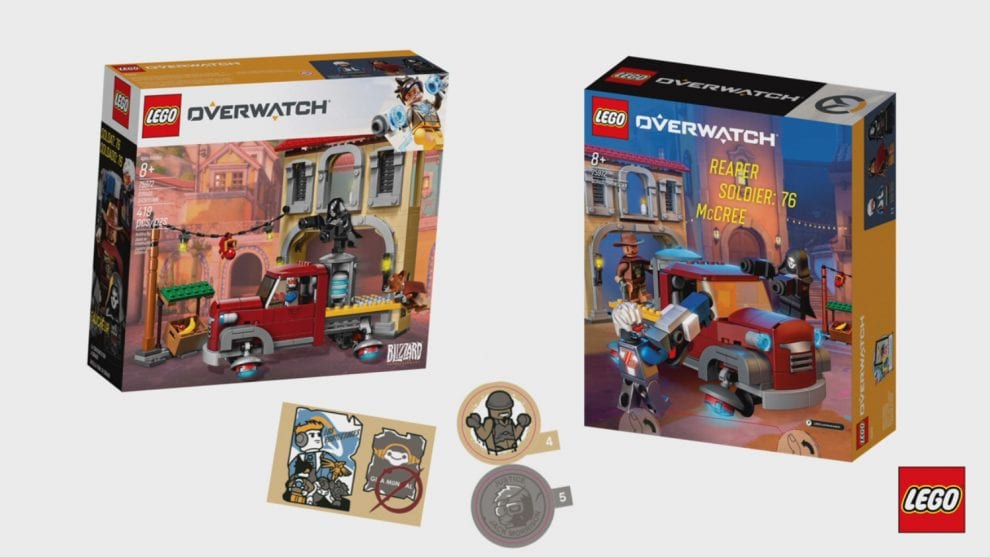 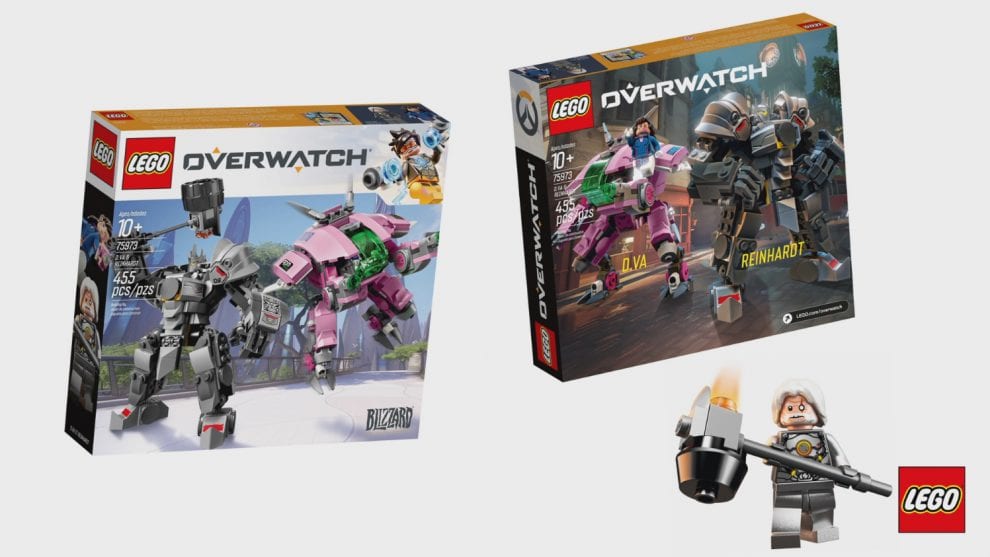 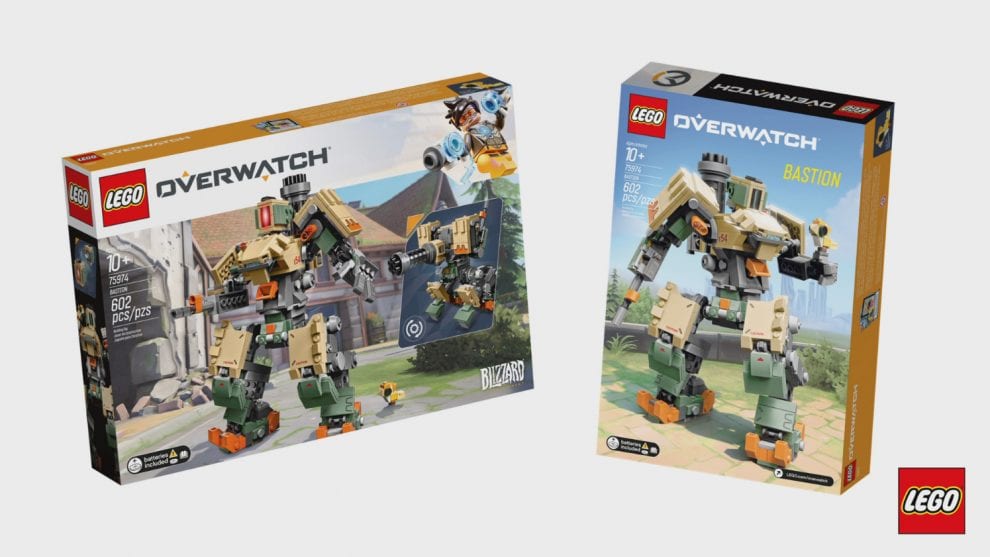 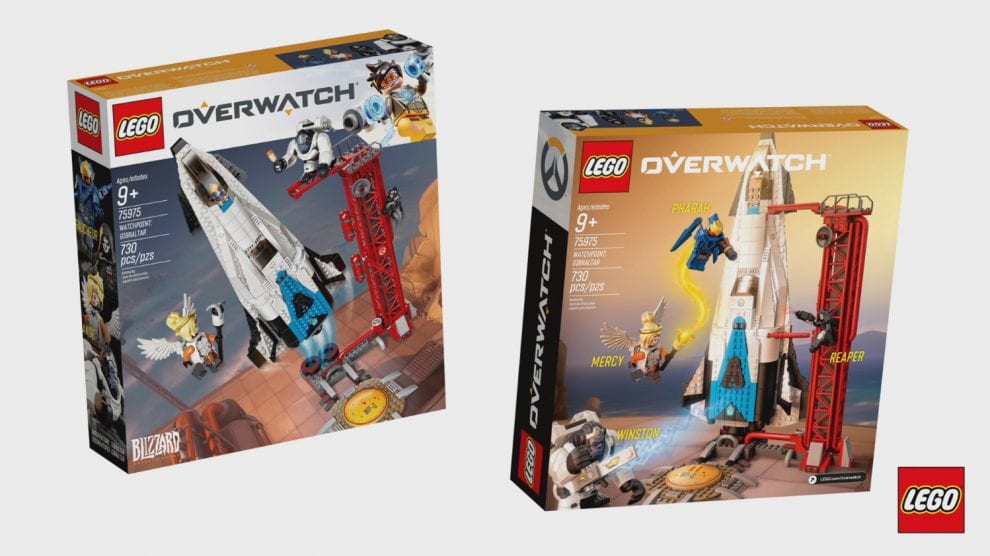 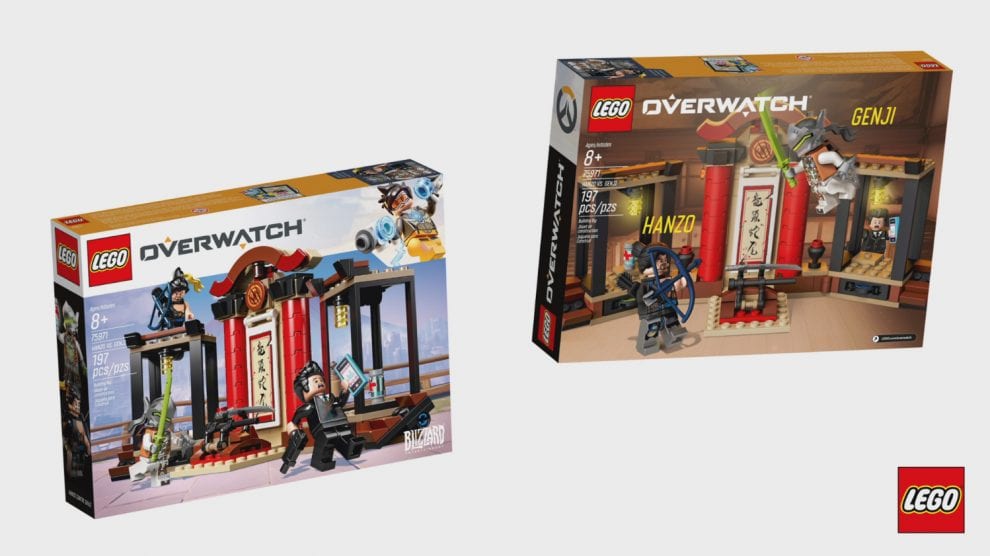 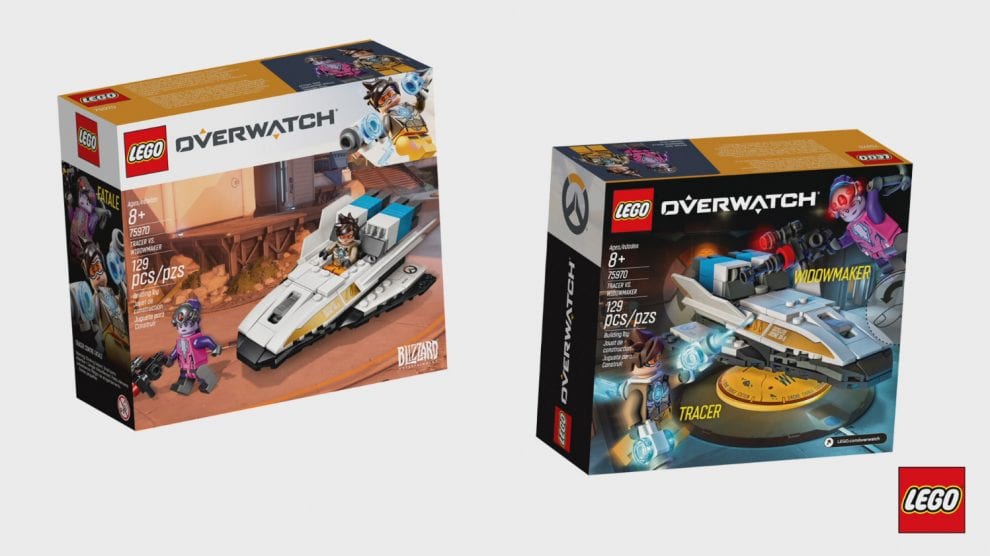