Gerald is the moderator for this panel with three guest Allen Adham co-founder of Blizzard Entertainment, Ben Thompson art director for Hearthstone, and Jeff Kaplan game director for Overwatch. The panel focused on some of the behind the scenes details from the early days of Blizzard and some of the mistakes made along the way.

Allen described the going through a few name changes before they were able to finally arrive at the name Blizzard Entertainment. A game that was originally being worked on during the Chaos Studios day was called Nomad and its attributed to the conception of Warcraft. Development was slow as the crew was obsessed with Everquest. They were a high-level guild early on and it is where Allen and Jeff first met.

Allen attributes the inspiration for Warcraft coming from wanting to do a high fantasy version of the game Dune 2 developed by Westwood Studios which they loved playing. He then mentions Samwise came up with the name Warcraft. Jeff was asked about his first experience with Warcraft and working with Warcraft 3 which he believes is still the best made Blizzard game to date.

Ben talked about getting things done with a small team on Hearthstone and getting the game fairly solidified after a year and a half of hard work. Keeping the team invested was important and was accomplished with weekly meetings to hash out ideas which allowed everyone to push forward at a great pace.

The panel switched gears to talk about failed ideas that didn’t make it into games. Allen mentions the user interface in World of Warcraft being horrible with bags and inventory taking up a very large portion of the screen. They also mentioned using the face of a co-worker Shane as a placeholder for content not yet completed in the world and called it a Shane-Cube. Jeff had a funny story about Shane-Cubes when a patch was applied to World of Warcraft a visual bug occurred where everyone’s helmet was replaced with the placeholder Shane-Cube. 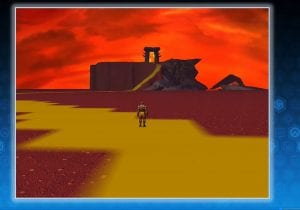 They then moved onto the launch of World of Warcraft and Jeff mentioned feeling confident that they had enough servers only to find out on launch day every server had filled and it would take two months to get more. Jeff went on to comment on being a victim of their own success in some smaller ways like not being able to distribute the game because they had underestimated the number of servers needed and learning from those experiences.

Allen talked about taking a break and going off to do other things and how he likely should have just taken a year sabbatical from being a game director.  Allen then moved on to how Nomad had led to the transition to World of Warcraft and some of the ideas that made it over. There was a discussion of using a real-time clock that was met initially with a lot of skepticism but ended up giving a personality loved by players to Azeroth. The Horde/Alliance hard faction split was also something that was met with a lot of pushback initially because people feared that it wouldn’t be liked by players because they couldn’t play with there friends.

We shift focus over to Jeff and the development of Overwatch.  He talked about the core idea being a team-based action shooter with over the top heroes and global locations then building off of that. They struggled to find the team balance initially because they wanted the player’s presence to be impactful but not so much that if you had a bad moment it would impact the entire team profoundly. Getting the team to settle on 6v6 is just an example of the hundreds of decisions you go through when developing a game.

Overall the panel was very interesting and contained a lot of insights into the game development process and the struggles the team went through during the early days of conception. It was very fun to hear the amount of effort the developers put into their games to give us the finished Blizzard Entertainment products we all enjoy.

posted in Heroes of the Storm Tags: BlizzCon, BlizzCon 2017