The Hearthstone developers keep on being chatty about the new expansion. Today’s Fireside Chat is about the Art of the new Journey to Un’goro expansion. You can find it here. Alongside, new cards got also revealed in the blog post plus some additional ones that were published by the community. 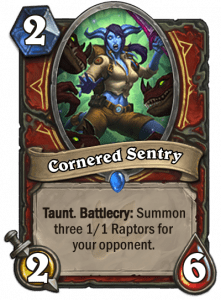 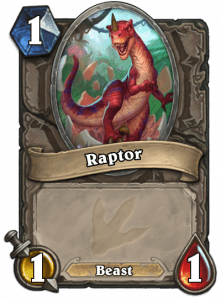 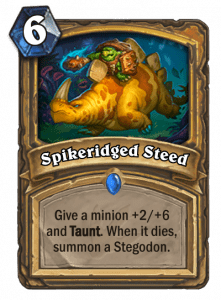 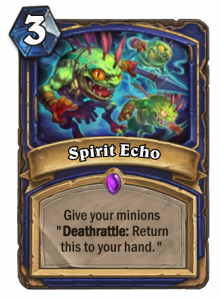 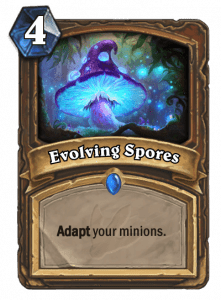 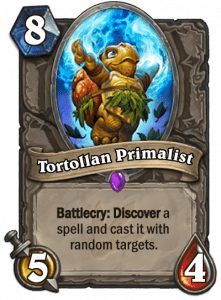 Cornered Sentry is a huge early taunt minion with a big downside – dangerous.

Spirit Echo is very similar to Echo of Medivh, but it might be better because of the lower mana cost. This is definitely an interesting card to build a deck around.

Evolving Spores is very similar to Soul of the Forest and might be even better because of the flexibility – or worse because of the RNG. We will see…

Spikeridged Stegodon (plus Stegodon token) is another buff card for Paladin with some hefty stats and Taunt. It also leaves behind the effect as a minion. Therefore it can be counted as a 2/12 buff that gives Taunt for six mana which seems good value. Compared to Sludge Belcher you can guess that is pretty significant!

We’ve learned that Un’Goro Crater is home to ancient elemental energies, primal dinosaurs, and lethal flora . . . but what else lurks within the thick jungle mists, waiting to be discovered? Tune in March 31 to find out!

Over the last several weeks we’ve revealed many of Un’Goro’s secrets, but more tantalizing mysteries await!

Join Professor Ben Brode and Junior Explorer Dan “Frodan” Chou as they band (and banter) together for the final Journey to Un’Goro card reveal. They will begin streaming their adventure live on March 31 at 10 a.m. PDT, so be sure to tune in to witness the unveiling of exciting new cards that have not yet been revealed.

This is the last livestream reveal before Journey to Un’Goro arrives, so you won’t want to miss it! You can follow the official Hearthstone Twitch channel to be updated when the stream begins.

Unable to watch live? No worries! We’ll be posting “documentary footage*” of their expedition on the PlayHearthstone YouTube after the stream has completed.

We’ll see you there!