The fourth iteration of E. Malone’s journal is out alongside the third installment of Prof. Doyles video diary. THe latter gave us the final version of Galvadon, which was already spoiled by the Japanese. It is indeed a 5-mana 5/5 with Battlecry: Adapt 5 times. This seems strong as the probability to get a resistance to spells is VERY high, 96.7% to be exact. The journal itself contained less hidden information than the last times, but 3 cards were spoiled alongside. FOllowing, you will find the usual dissection article and the blue post after that. 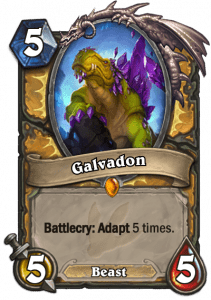 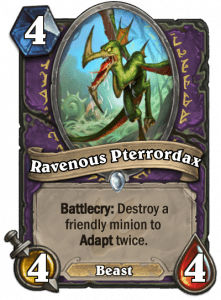 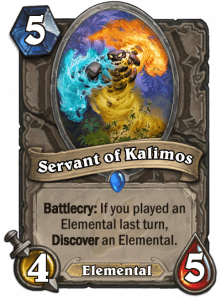 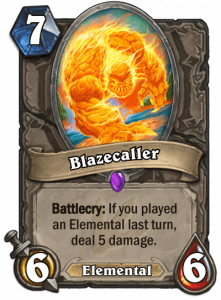 Talk about all different kinds of Elementals. This does refer to the Elemental focus of the set. We already saw most of the Elementals to be expected already revealed. They said “there are about 25 new elementals in Un’Goro” (source). With 18 Elementals being made out of existing cards and 10 revealed to date, there is not much more to expect, right? I am not sure if they meant 25 Elementals in Standard though. With three of the old ones being Wild we would be at exactly 25 right now.

Fire Elementals… We already saw Fire Fly and the new Blazecaller is shown off with day 24.

Nothing new here, but why is there an image of Alley Cat attached to Eddies last wishes?

No info that seems useful in this chapter.

Kalimos is a hybrid Elemental that is composed of four different ones: Air, Water, Fire, and Earth; which is reflected in its ability to cast the different Invocations. Servant of Kalimos is described as a smaller hybrid Elemental which alludes to the mechanic of discovering another one. The card is shown off here.

Huge eggs are mentioned – new card Pterrordax Egg? The Ravenous Pterrordax itself is revealed adjacent to this entry being a Warlock Adapt Beast with a very interesting and most likely powerful effect.

Finally we once again are able to choose how the story progresses by either choosing to proceed the adventure by going into the cave or head to the ruins. How will you decide? 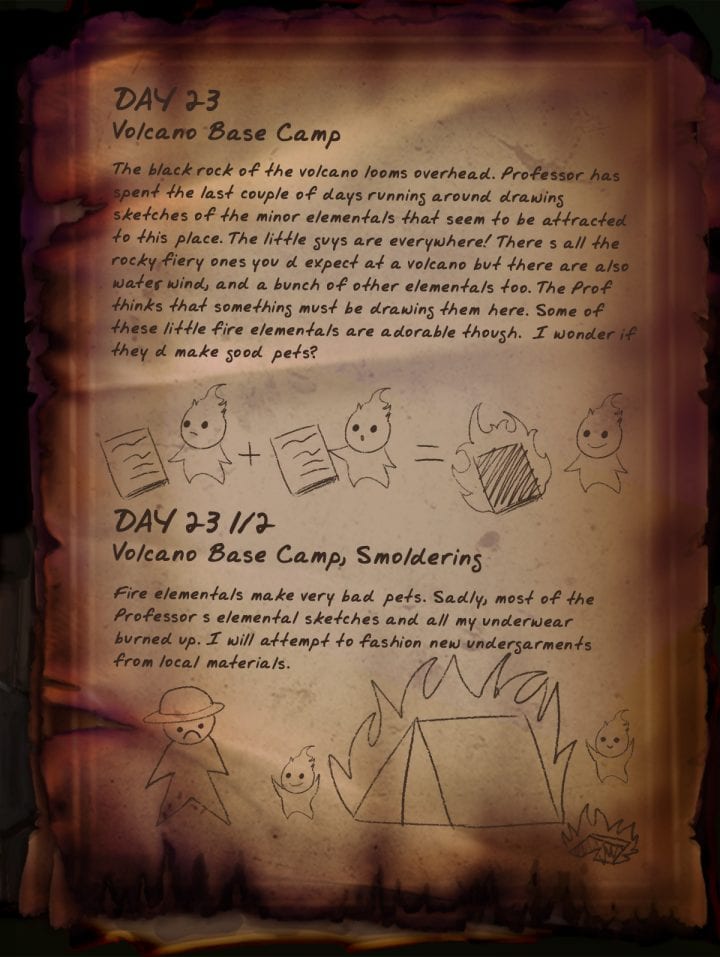 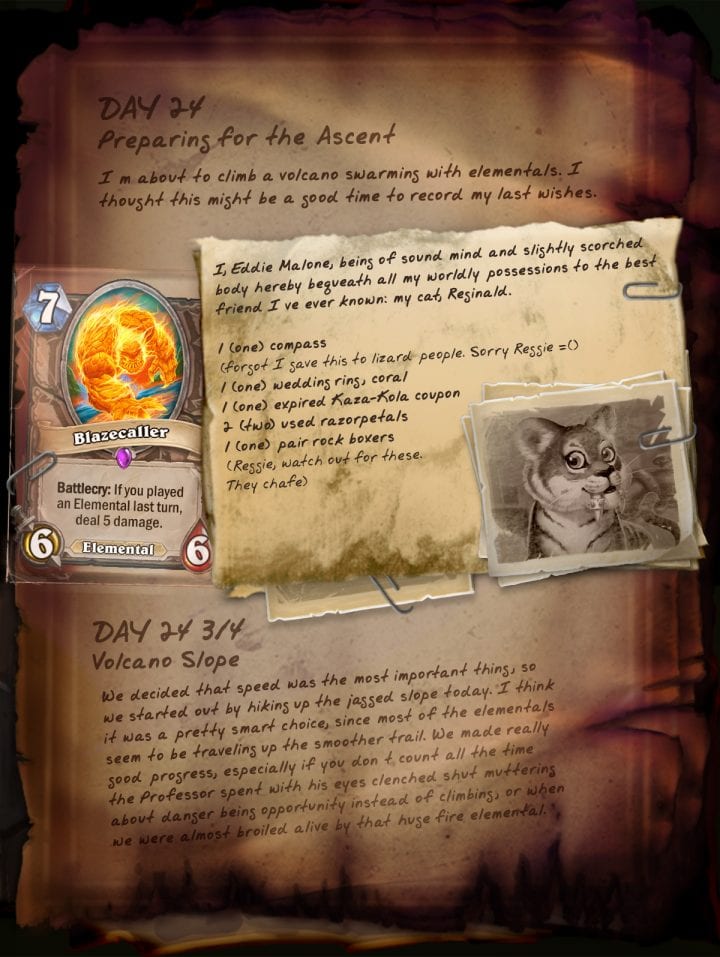 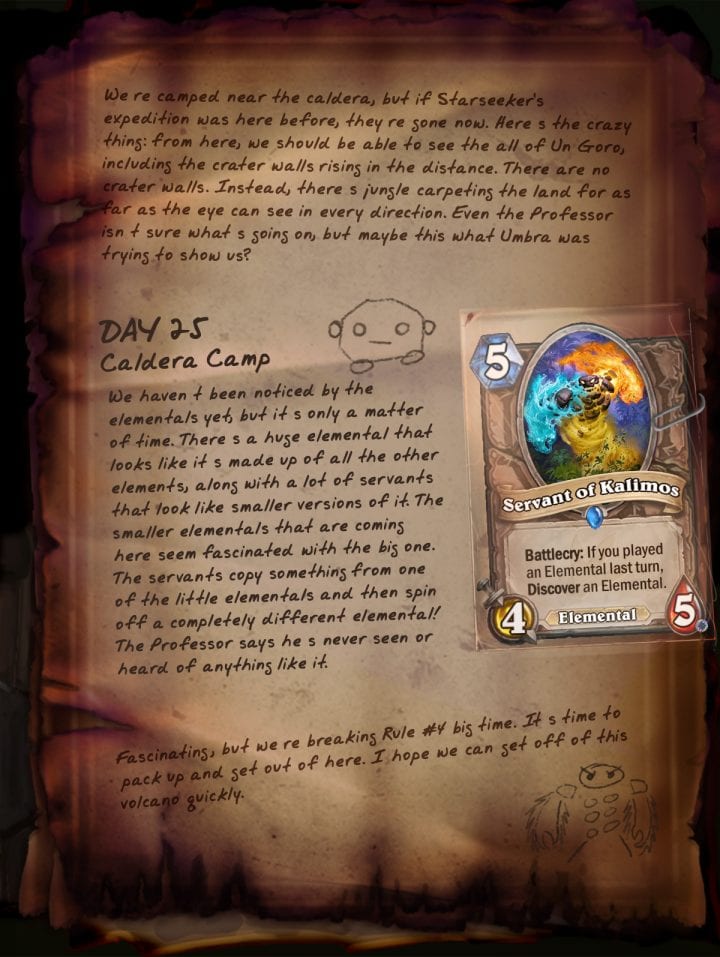 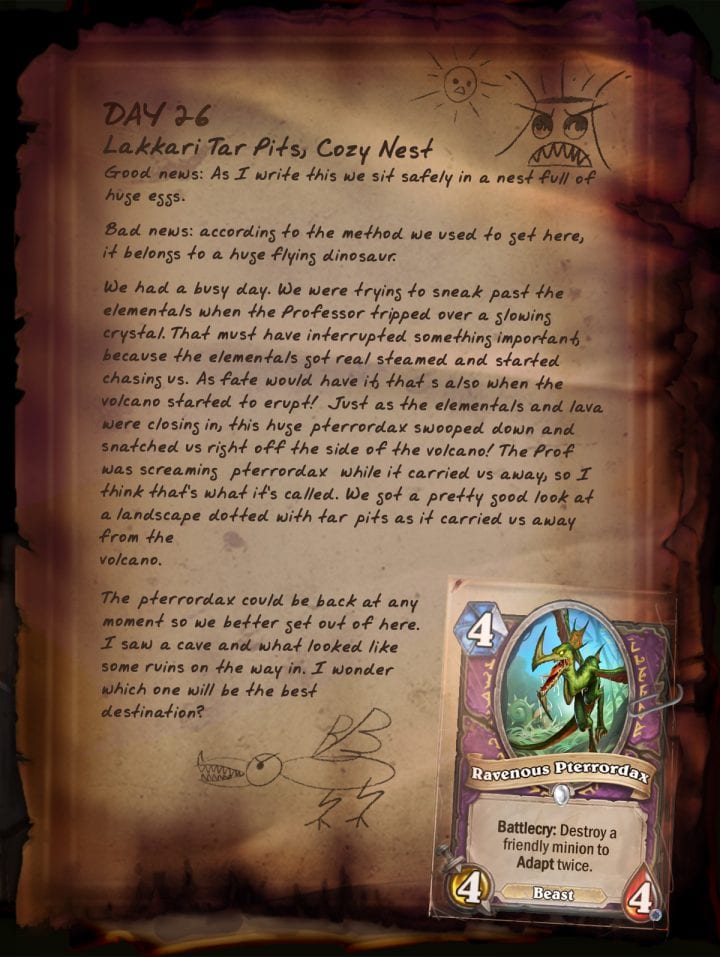