E. Malone, the young assistant of Professor Elise Starseeker who was hired to film the Un’Goro expedition showed us the first part of his journal. There are a lot of informations hidden to speculate upon which we, Nicholas a.k.a. hsdecktech and Martin a.k.a. OtakuMZ, will dive into in this article. Before we start, here are the two pages he revealed to us: 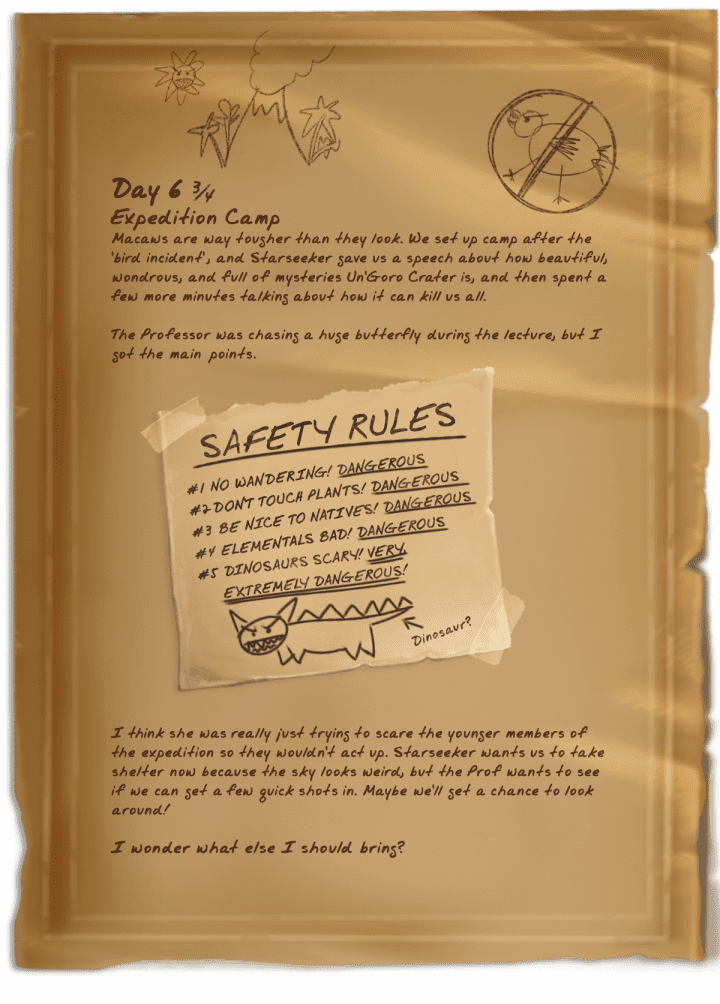 The whole paragraph is a tongue-in-cheek reference to the Mean Streets of Gadgetzan expansion.

It will be interesting to see if the references to Stormwind and Gadgetzan are just flavorful mentions to emphasize the “journey” part of Hourney to Un’Goro, or if these references mean that the set will include characters from these locations as well as the crater. Gadgetzan is of particular interest because the team has stated that we will not get additional tri-class cards in Un’Goro, but that they expected the tri-class themes to get some additional support.

Old legends revolve Un’Goro Crater of being the home of the Titans themselves: “Fascinating, this coincides with theories of Un’Goro being the home of the Titans when they inhabited Kalimdor. Perhaps Aman’Thul himself watched over ‘The God Lands’. Hrm, curious…” (source). I will get exciting as you can see. We are eager to see more teasers / journal entries and find out more about the upcoming Journey to Un’Goro expansion.