by Magistrate - 6 years ago     show comments

Blizzard is well-known and loved for its games, but its franchises include much more than that. Today, we look at the books, comics, and writers that have taken the stories outside of the games and to whole new levels, hosted by Blizzard Publishing senior editor Cate Gary.

These authors also write or have written for other companies and franchises, like Star Wars, Star Trek, and others, and won the honors of being New York Times best-selling authors. All that aside, they talked about working with Blizzard, the craft of writing, and what it’s like writing professionally. If that sounds interesting, this is the panel for you!

Neilson on Nova: The Keep 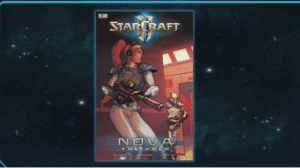 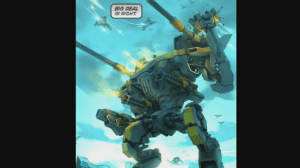 The story of this new Starcraft comic looks at Nova through the lens of secrets and choices. Ghosts, specialized assassin operatives, previously had to have their memories wiped to conceal information and, arguably, protect themselves from the dark acts they have to carry out. In The Keep, Neilson looks at how Nova can choose to wipe her memory–or not. Valerian Mengsk becomes a sort of mirror of Nova with his own secrets.

The Keep will also be available through Madefire on major app markets as an animated, interactive, audio experience, much like many others before it (Overwatch being one example). This enhanced reading experience opens up new levels of reading experiences.

“I’m a visual writer in my head,” Neilson said, speaking on how writing for an animated comic felt. “It sometimes required a little more thought, like this page where Nova is in zero g.” Readers can move Nova and the debris around the page with their mouse, a parallax effect that makes it more immersive. Similar interactions and animations play out with space ships and other objects.

Brooks and Burns on Chronicle II 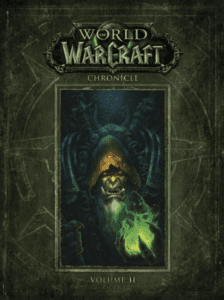 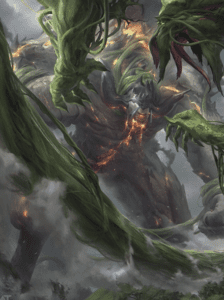 Chronicle is a multi-volume series that’s essentially the definitive canon history of the Warcraft universe. In the first volume, huge developments about the origins of the universe, the Titans and Old Gods, the troll empires, and much more was revealed or explored for the first time in-depth–along with some killer artwork.

Described as the “spiritual successor” of the old game manuals we used to collect, volume two will undoubtedly cover a breadth of history. But choosing what went in was a process in itself.

Due to the sheer volume of events, the writers had to choose those with large impacts on the world, or those which had huge ripple affects, such as the Titans fighting the Old Gods in volume one. 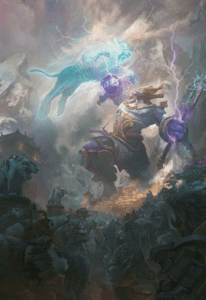 It was also often about tying known events together and filling in large lore gaps. Brooks brought up the Lei Shen details in volume one, where we knew that the Thunder King had died, but not how.

Discovering and crafting that single fact ended up filling out even more interesting history. Thousands of years ago, Lei Shen had determined, as a creation of the Titans, that only he was fit to wield the tools and power of his creators. Along with his Zandalari and Mogu armies, Lei Shen assaulted Uldum and the Tol’vir to reclaim their Titan technology, but the Tol’vir resisted–without an army, and firing up their Re-Origination machine. The result was a desolate desert Uldum, a dead Thunder King, scattered Zandalari and Mogu armies, and much more intrigue and texture than before the topic had been explored.

Volume 2 should be out in 2017. Among many other topics, it will cover:

World of Warcraft Chronicle Volume 2 should be out next year. Amazon has the date tentatively set for March 14–go ahead and pre-order it. (Shameless fan promotion: this is a beautiful hardcover book filled with gorgeous art, amazing lore, and should be on every fan’s shelf!) 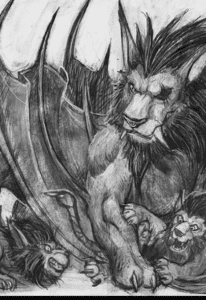 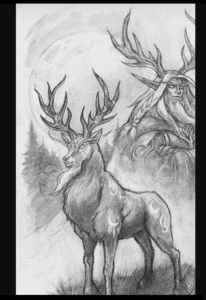 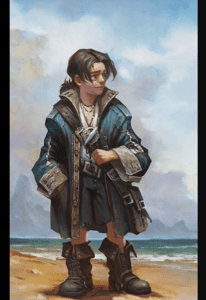 Traveler is the first book in the Warcraft universe aimed at a younger audience. The story focuses on Aramar, a young sketch artist, who goes on a journey to see the world of Azeroth alongside many other characters.

It’s been years since twelve-year-old Aramar Thorne, a clever boy who is never without his precious sketch book, has seen his father. So when Captain Greydon Thorne comes ashore and asks his son to join him at sea, it feels as if someone has redrawn Aram’s entire world. At sea, Aram struggles to get along with the Wavestrider‘s crew–especially second mate Makasa, a tough teenaged girl who has been reluctantly placed in charge of him. Just as Aram starts to get his head above water, a band of vicious pirates attack the Wavestrider, turning his world upside down once again. As Aram and Makasa try to find their way home, they encounter creatures both terrible and wondrous, and Aram will seek to understand Azeroth’s denizens as he draws them in his sketchbook, forming unlikely friendships along the way. But the journey is hindered by Greydon’s compass, which never points north. If the compass isn’t leading Aram and Makasa home–to safety–to what destiny is it leading. (Source)

The story focuses on universal themes, as well as iconic Warcraft races and places, to tell a story that can entertain young and old. Since the franchise is surprisingly well along, players who started playing the RTS or MMO when they were young now find they have families, and Traveler helps fans bring the stories of Azeroth to everyone.

Weisman wanted to make a story that connects with everyone, and created well-defined characters that are diverse. Along the way, Aram learns to recognize the similarities that bind everyone together, and how to see his new friends as another family.

Traveler arrived late October and also features the artwork of renown Blizzard artist Samwise Didier. You can purchase it on Amazon today. 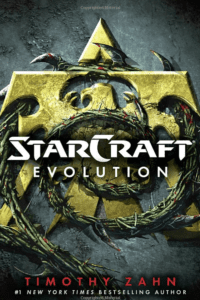 Where the Nova comics take place before the games, Starcraft: Evolution by Tim Zahn continues the story of the franchise were the latest games left off.

“After nearly a decade of brutal warfare, three mighty factions—the enigmatic protoss, the savage zerg, and the terrans, humanity’s descendants in the sector—have entered a cease-fire, but the peace is tenuous at best. When the sudden restoration of an incinerated planet is brought to light, tensions erupt. Neutrality swings back to hostility, and old enemies are accused of developing biological weapons to reignite the bitter conflict.

An expedition of terran and protoss soldiers and researchers is deployed to investigate the mysterious zerg planet and its inhabitants’ intentions. But the lush alien landscape is host to other denizens, creatures shrouded in shadow, and should they be unleashed, they will change the fate of the entire galaxy.”

Zahn talked about the business of writing for an IP–in this case, working with Blizzard to write about Starcraft. The team initially sat down with Zahn to show their pitch–the general guidelines of what they were looking for. The idea was that a planet which was now little more than a dried-out husk of cinders suddenly blossoms back to life.

Through hours of outlining, Zahn did some “consequencing,” where he mapped out story events to see what they led to. When he got to something that felt solid and free of contradictions (and engaging), he spent several days writing a new, two to three thousand word outline, and sent it to Blizzard.

The team shared their insights on the franchise, noted what they liked, and had him outline again. Zahn had to look at Starcraft characters in two lights: how he could make them recognizable as the characters fans know and love, and how he could take them a step further and add his own flare. He also created six new characters for the universe, which he explores for the first time.

In what came down to more of a puzzling story of intrigue, Zahn–and readers–want to know how the characters arrived at current events, and who’s telling the truth among a cast filled with secrets. And, of course, there’s the familiar Starcraft races, weapons, ships, and more.

Never into Starcraft lore before? Evolution was written for new and long-time readers, and it’s the perfect starting point to get into the books. Starcraft: Evolution will be out in stores November 8, but you can pre-order it on Amazon.

Golden on Re-Release of Lords of the Clans, Rise of the Horde 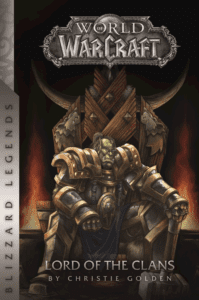 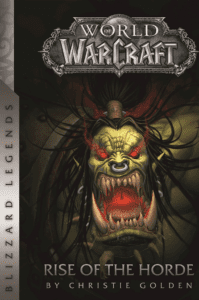 Lord of the Clans (2001) and Rise of the Horde (2006) are set to release as new “Blizzard Legends” versions on November 15. The novels bring players back to the roots of the Warcraft franchise, taking place before the events of the MMO.

Written by Christie Golden, both books were some of her first forays into the Warcraft franchise. She had previously written in the Starcraft universe, but after working with some unsavory types for another game franchise, did not felt comfortable writing for a video game series again. A mutual friend with Chris Metzen eventually convinced her that Blizzard would be a pleasant company to write for–and on the other end, the same person convinced Metzen that a Starcraft writer could write about Orcs.

Golden set to work translating Warcraft Adventures: Lord of the Clans–a cancelled Blizzard project–into the book we enjoy today. Over the course of just six weeks, Golden and Metzen worked together to produce the book.

Interestingly, Golden created the character Draka for the books. Draka would later return in the Warcraft movie.

Noted previously, both new versions are out November 15. You can pre-order them online: Lord of the Clans, Rise of the Horde.

PC gamer and lover of (most) things Blizzard. In his off time, he writes bad fan fiction, tends to his growing number of house plants, and enjoys a love-hate relationship with two cats.