Back in July Deck Slingers gathered by the fireside at the University of California, Irvine, competing to determine which champion would reign victorious in the game of Hearthstone. Attendees also had the opportunity to win several other prizes being raffled off. But this wasn’t just any Fireside Gathering, this is where the great Azeroth Guardian Medivh had sent his companions along with a handful of golden tickets. The tickets themselves were an invitation to something most mysterious, but he made sure those who received them knew full and well that they would be in for a most majestic, marvelous, magical event, the likes of which have never been seen before!

Five lucky individuals found themselves with what is likely the greatest Fireside Gathering prize of all time. They were each able to bring a friend with them and embark on what indeed was a magical adventure that at the time they surely did not fully expect.

The following day, Hearthstone players were buzzing with excitement. What could this ticket mean? Something big must be on the horizon! Many speculated the Darkmoon Faire would be coming to town, but there was a stronger wave of speculation. People knew this had to be the work of the greatest mage to grace Azeroth, Medivh might indeed be opening the doors to his Karazhan Tower!

This didn’t last long, Medivh works quickly. It was just a couple days when we would get another invitation. This one more evident on who was behind the raucous. Indeed, we would know truly what was in store in the next coming week. Medivh made it very apparent he had something big in store for us all on July 28th. 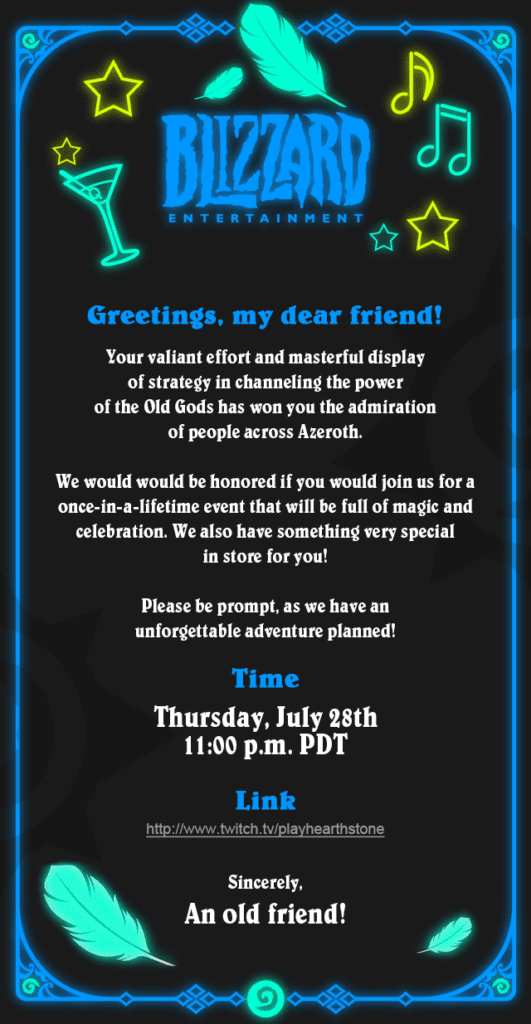 It was at this very moment, I knew something big was about to happen. Medivh doesn’t throw events all that often, and these days we see so very little of him to really know what is going on. I knew this was truly an event that I must report on.

July 28th arrived, and we discovered what Medivh had in store. A big giant party the world has never quite seen before. Medivh was finally opening the doors to his Tower of Karazhan, but just one night only for you to see the wonders at hand. Only those with invitations will be able to get in the door, and it was at that very moment, I knew I needed to see more. As luck would have it, I would find an invitation the next day at my doorstep. The Golden Ticket event, the great party at Karazhan, would take place at the Tower of Karazhan on August 5th and I was one of the lucky few invited along with the golden ticket holders to see what was in store.

I immediately decided this was an event that I would need to dress appropriately for. It’s not every day Medivh will throw a party like this and I needed to look my best.

Apparently this is how you party in Karazhan

I was flown out to Los Angeles where I gathered with the Fireside Gathering folks who got their golden tickets, other members of various fansites and press, and of course some of the best players and live streamers the Hearthstone scene has ever witnessed – such as the Salty Reynoodle, the Benevolent Brian Kibler, and the Stoic Strifecro. We were transported within a shuttle to a dark and shady alley where an Ogre was standing as a bouncer outside.

At this point we were lined up in the alley and were brought in through a portal a handful at a time. Upon entering the portal, in front of us was an elevator to take us up the tower. Greeting us was the tower steward himself, Moroes, informing us of the plans that lie ahead for the evening. Moroes was a very gracious host and at several times throughout the night was the life of the of the party. It would be a tough time for the tower and for Medivh if Moroes were to pass away and not be around to take care of the tower.

Upon walking inside the tower doors we were greeted with several smiling faces of friends including my former colleague Robert Wing. We were handed a nice little map of the tower that showed us where everything was at along with a schedule for the evening and we were handed a tasty magical cocktail to begin our night. The sounds of disco music were getting louder by the moment.

The first room we visited was The Guardian Library. It was filled with bookcases, suits of armor, and various other little knick knacks. It had a bar and tables so we could sit, eat, and drink. But the biggest draw was the music being played and the dancing Medivas inviting you to dance and play. The festivities were just getting started for the evening and already an impression was being made that Medivh wasn’t fooling around with this party. 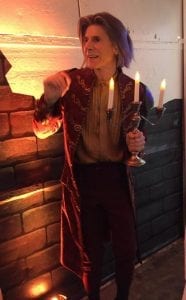 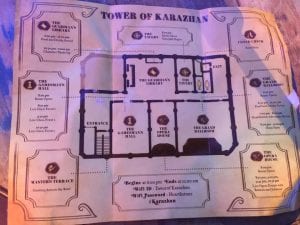 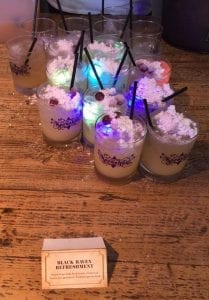 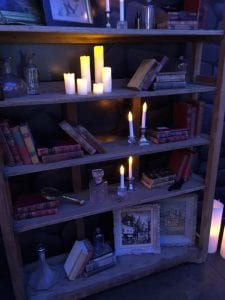 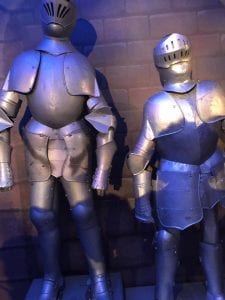 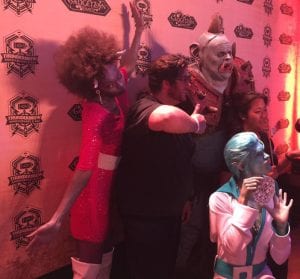 Shortly before 7:00 we filtered into the Grand Ballroom where a disco dance floor was lighting up complete with a large disco ball above. Behind it was a stage where our friends Frodan and Yong Woo would show off the rest of the new Hearthstone set to the rest of the world. I took a quick opportunity to greet my old friend Yong and made sure to get a quick picture taken with him before he went on stage. 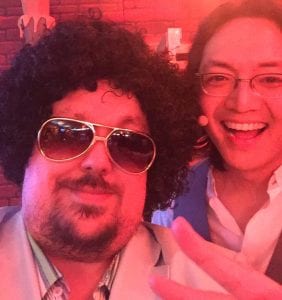 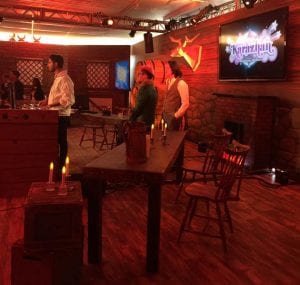 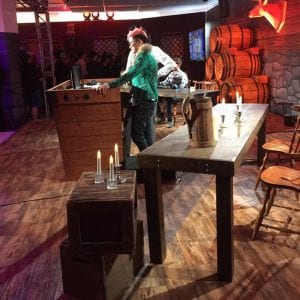 After revealing the rest of the set to the world is when the real entertainment began. The Dance floor started getting busy, but there were other rooms with entertainment worth checking out.

A live chess event was happening throughout the evening. The first one pitted a couple Hearthstone developers against each other, the second one had some random members from the audience, and the final one pitted the strategic masters of Trump vs. Strifecro. An MC was on hand to make sure the rules were appropriately explained and kept the match very entertaining.

If you wanted to catch the play of Romulu and Julianne you could sit and eat desserts in the Opera House. The play itself featured 2 excited actors who were very much in love, but not sure with each other. Romulu was definitely more interested in the macaroons and Julianne was quite interested in the party going on outside. Either way, they still made a good tale about a lovely couple with an unexpected twist at the end. 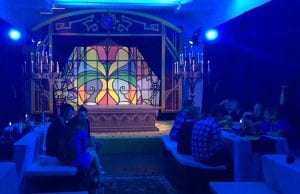 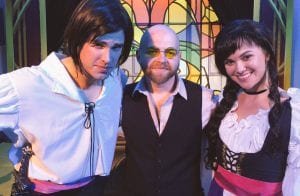 Finally, at the end of the evening, the Medivas, the Ogre, and Moroes all joined with the patrons on the dance floor in the Grand Ballroom. A good time was had by all and this majestic, marvelous, and magical event came to a close as Moroes thanked us all for attending. The event had ended, and yet, Medivh had never once showed his face during the entire evening. Where was he this entire time?

Maybe you can find out this mystery of where Medivh is during his party this upcoming Thursday when the new Hearthstone Adventure “One Night in Karazhan” releases to the public. Mark your calendars, because your invitation has arrived and you will be experiencing it very soon!