Ben Brode and Yong Woo took the stage during the America Winter Hearthstone Championships to make a special announcement about the future of Hearthstone.

The Inn is becoming a bit of a darker place lately and characters you have come to known are changing a bit as they succumb to the whispers they have been hearing from down below. The Old Gods living beneath Azeroth are whispering and changing how these characters react.

With that, the next Hearthstone expansion, Whispers of the Old Gods has been announced.

This will be a 134 card set that is planned to release in late April or early May 2016. When the set is released, so will the new Standard and Wild Formats. The set is centered around the 4 Old Gods – C’Thun, Yogg-Saron, Y’Shaarj, and N’Zoth. As of right now C’Thun is the only card revealed and he has 16 different minions that help buff him up.

We were able to attend a media event on March 9th at Blizzard HQ regarding the sets announcement and were able to interview Ben Brode and Yong Woo during the event. Some of this extra information came from that event.

Keep up to date on future cards revealed by visiting out spoiler list. 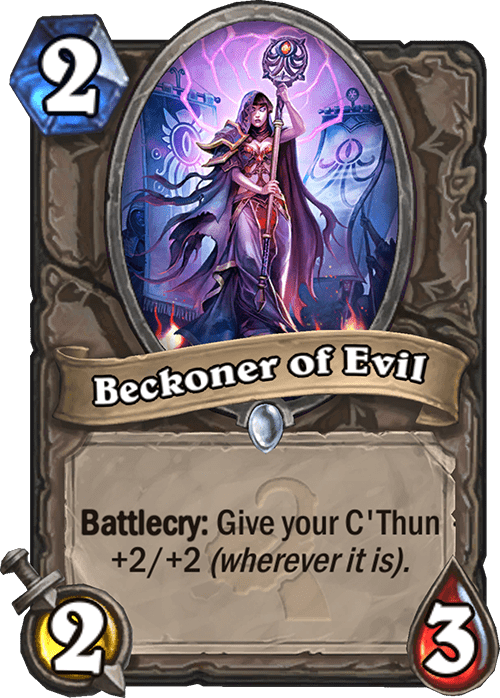 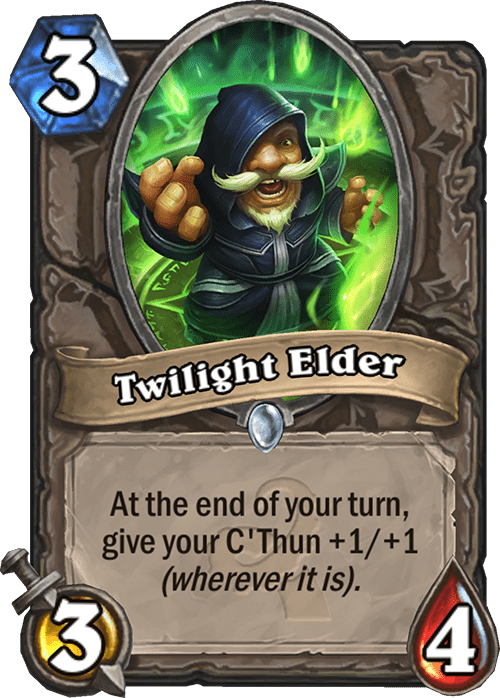 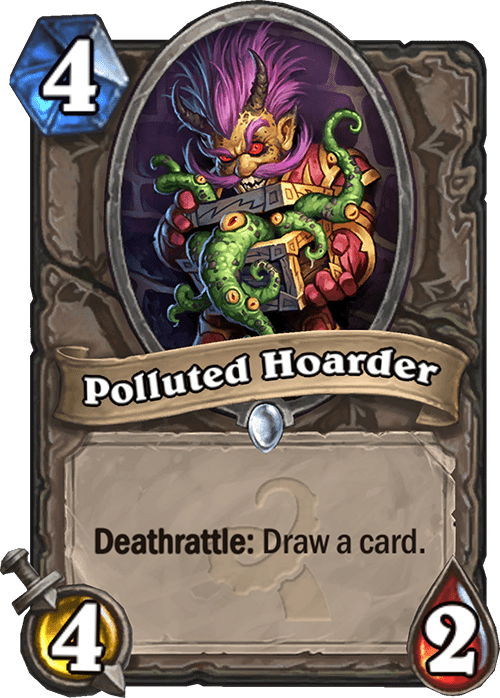 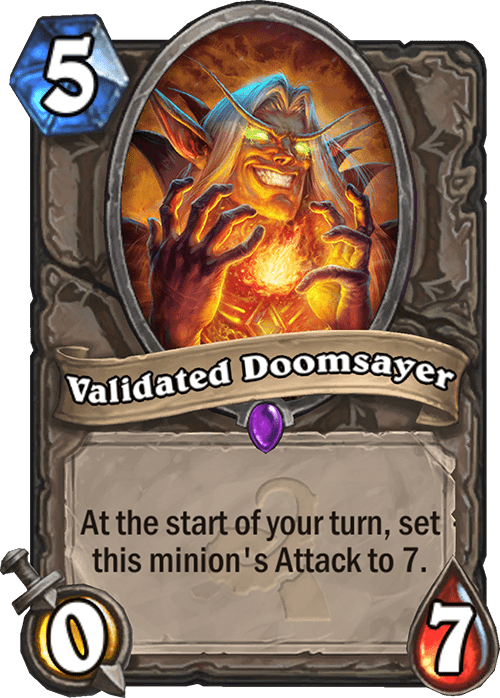 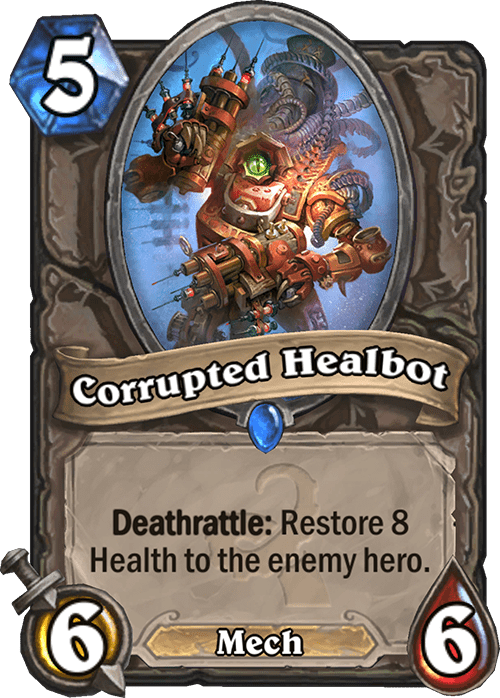 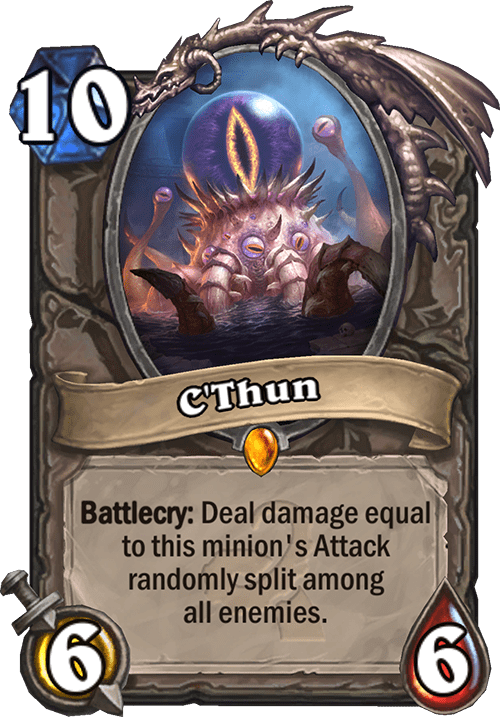 Ancient evil rises, and a window to an alternate reality has been opened. Here, the Old Gods’ grasp has corrupted Azeroth, plunging the tavern into madness in Hearthstone’s newest expansion, Whispers of the Old Gods. Fight this awesome power with 134 new tentacle-packed cards, or harness it by summoning one of the fearsome Old Gods—C’Thun, Y’Shaarj, Yogg-Saron, and N’Zoth!

Far beneath the surface of Azeroth, an incredible darkness stirs, granting all tavern-goers a taste of its tainted strength. Players opening their first Whispers of the Old Gods card pack will receive two bonus cards: the legendary C’Thun, and his loyal servant, Beckoner of Evil. Those who eagerly answer the Old Gods’ call by logging in to Hearthstone during a special promotional period (to be revealed at a later date) will also receive three Whispers of the Old Gods card packs free!

HOW CAN YOU HARNESS THIS ANCIENT POWER?

Champions willing to reach deep into the darkness to summon the Old Gods can wreak havoc on the board! For example, whether in play, in your hand, or even just somewhere in your deck, C’Thun’s awesome power can grow based on which crazed followers you summon. These special minions can only be found in Whispers of the Old Gods card packs, which will be purchasable through the in-game Shop for gold or real money, at the same price as standard card packs.

THE ARENA DESCENDS INTO MADNESS

Whispers of the Old Gods brings with it the new Standard format—a format in Play mode that allows players to go head-to-head with decks built from only the most recently released Hearthstone cards, combined with a core foundation of the Basic and Classic cards. Following the launch of the expansion, special new quests will be available that will reward those who play ranked games in Standard mode with Whispers of the Old Gods card packs. For more information about Standard format, visit the FAQ.

PREPARE FOR THE BATTLE TO COME

Those brave or foolish enough to call forth this ancient evil in battle will be able to pre-purchase a Whispers of the Old Gods bundle of 50 card packs for special one-time price of $49.99. The Old Gods will also reward these loyal followers with a special card back.

WHEN DOES THE CORRUPTION BEGIN?

Beware—Whispers of the Old Gods will descend upon the tavern by late April/early May 2016.

posted in Hearthstone Tags: whispers of the old gods

0 responses to “Whispers of the Old Gods Announced”