Welcome to “Got Lethal?” a (hopefully) weekly feature that will try to put you on complicated, yet winnable situations. We will bring you puzzles of sorts where you are tasked with determining the best line of play, which mostly is play that will guarantee you the victory. Maybe this will help you train your pro-skills and perhaps with a bit of luck you won’t Miss Lethal ever again, or maybe the scenarios are way too fantastic to be of help on serious matches, anyway at least I hope you can have fun with them. 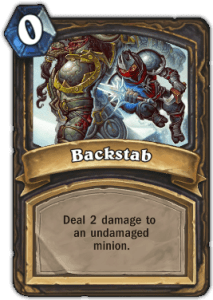 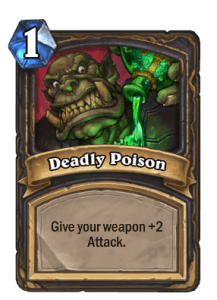 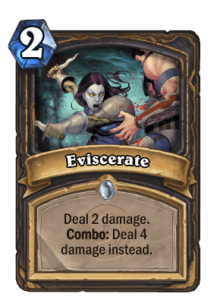 We Need a Miracle

So we’ve been laddering up with Oil rogue and we’ve had a great afternoon with a huge win streak that we’d love to keep intact. Sadly we’ve run into a different breed of Rogue, and coupled with a bunch of pretty unlikely RNG and some really bad draws we’ve been caught in a really awkward position. The saving grace might have been a Sorcerers Apprentice jumping out your Piloted Shredder after your opponent Blade Flurried to kill your board, perhaps he should’ve used one of his minions to clear your apprentice instead of putting you at 1 health.

Still, things look pretty grim, we kinda need our Oil and Blade Flurry combo but they are nowhere to be seen. Luckily we’ve been playing this deck a while and we know exactly what the 9 cards we have left to draw are: Edwin, Earthen Far Seer, Southsea Deckhand, SI:7 Agent, Loatheb, Piloted Shredder, Violet Teacher, Blade Flurry, and a Tinker’s Sharpsword Oil. Sadly, we have no way to know in which order will we draw them.

Passing the turn would be a concede, can you bypass our poor draws and lock onto lethal?

Ok, so maybe you thought this was really easy. Maybe you need something extra to challenge your superior intellect? Fear not, I’m here for you.

The Board and your hand are exactly the same, but the cards in your deck have changed. You no longer have access to Earthen Far Seer and SI: 7 Agent, instead you have a 2nd copy of Violet Teacher and Dr.Boom . Lethal is still there, can you find it?

Yeah, you probably can. It is still not that hard. But the real test is finding one sequence of plays that works regardless of the order in which you draw things, that my friends is this weeks EXTRA SUPER BONUS CHALLENGE!

Last week  Cesar Gonzalez and Skarn provided us with an awesome pair of answers. Is this week your turn to make your way into the “Got Lethal?” imaginary leaderboards?